Could you love it just a little bit less? – asked Logan some 35k in. I couldn’t. We just got on top of yet-another-climb which felt like never ending, but one we’ve reached the top, it was downhill again. 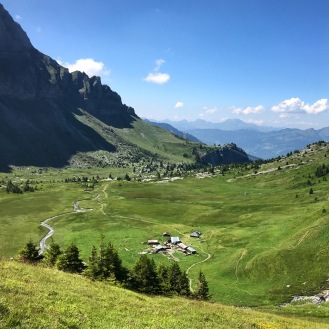 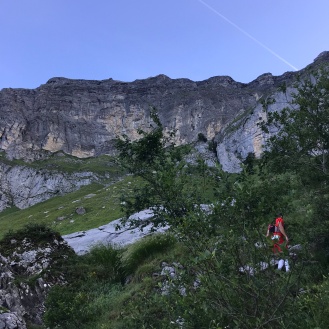 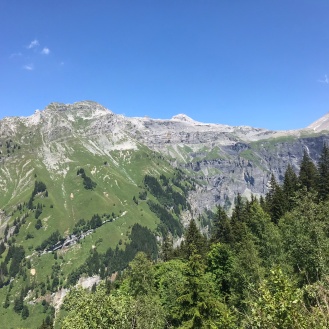 Trail du Tour des Fiz. Brutal and beautiful. Back in June I was really gutted I couldn’t run Mont Blanc 90k as I had 4 stitches in my knee. It seemed like a great idea to upgrade Tour des Fiz in July from 30k to 60k. From Cinq to Huit Refuges. Fast forward to the race day and my body was on riot. Had cold since early of the week, blocked nose, sore throat, weak body and all that jazz. Really questioning my sanity (and the 3am start…) I decided to give it a go. Because I do not run to compete. 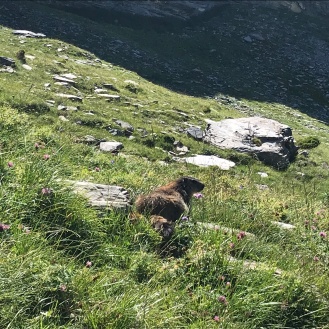 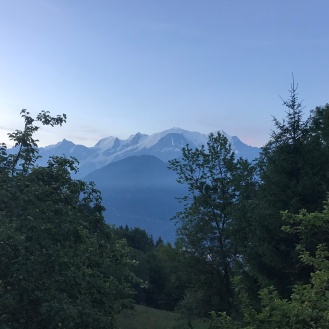 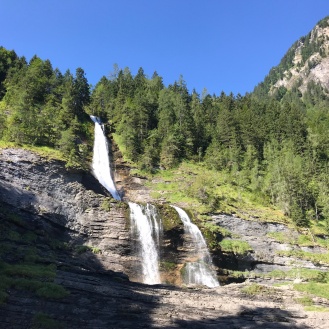 Tour des Fiz had it all! I’m more of an adventurer than runner. I run for the pure love of freedom that running gives me. To explore new places. I had no expectations for the race. 60k is a long way in the end of the day and the scorching sun and early start were far from ideal conditions.

Logan picked me up at 3:10am, drove us to Passy where we had to take the 3:45am bus for 5am start. It was really chilly up there, so we layered up, walked around and it was time to start. As per usual I packed loads of food, which sounds silly as there were plenty of aid stations, but reasonable if you don’t want to dnf only because you have sensitive stomach. Pack of Soreen, Lucho Dillitos, baby food and Hard Bar saved the day. Yet again. 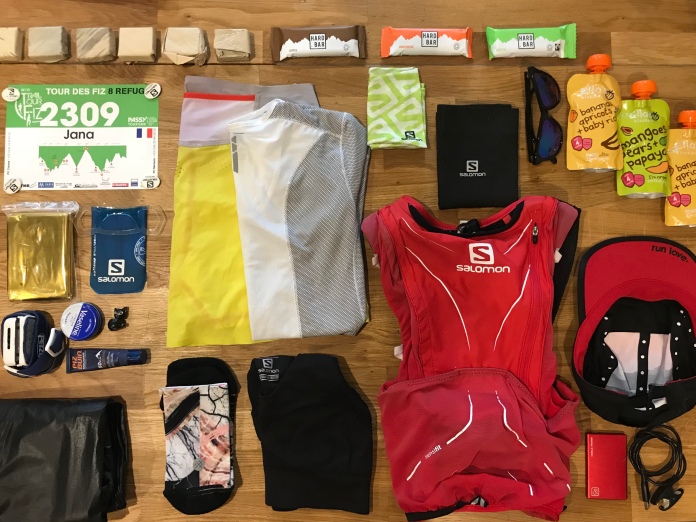 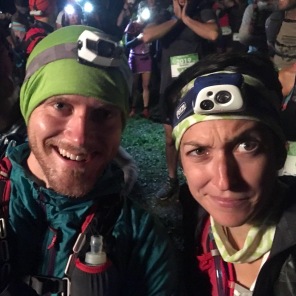 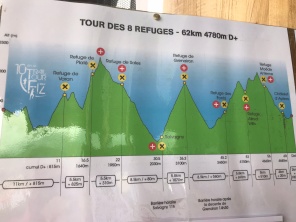 Logan, who never ran an ultra and this was actually his first race (!), absolutely bossed the uphills and I was trying hard to keep up. We overtook all the running poles people and the fact they were annoying us – as we were trying not to get stabbed while overtaking them – added some extra fun and challenge. I was charging down the downhills which comes very surprising to me as after my stress fracture last year, the downhill was the always the scary go-slow-go-safe bit. Not anymore. On the third uphill, I slowed down as trying to keep up with Logan would probably mean DNF at 30k, but I caught up with yet again on next check point.

The route connects 8 refuges. Through countless uphills and downhills. Over 63 kilometres long with some 5,000 metres altitude gain. First 20 kilometres were in the shadow which was very pleasant and made all the uphill effort so much easier. But after that moment, the sun never left our side. Sunglasses, suncream, hat and showers in every single stream on my way.

I felt great. Truly. Madly. Deeply. My legs were working. I was aware what a difference living in Chamonix for last two months made. I left my poles at home as trusted my legs more than i trust my upper body. Believe it or not, but people which I was overtaking felt sorry for me for not having poles.

But don’t forget, if you feel great during an ultra… Yes. Remember the cold I had for a whole week leading to the race? Yes. The cold remembered as well. With 10 kilometres to go I was suddenly short of breath, couldn’t talk and was struggling to grasp some air. Not ideal when you should be running. Switched to walking instead and was just smiling back at people cheering me on. Last 10k felt never ending. But somehow I reached the last checkpoint. And the finish line.

And just like the journey was over. I’m always fascinated – and I think I always will be – how far our legs can take us. 65 kilometres. On legs. In 13 hours. Isn’t that crazy? It sounds crazy to me. Unfortunately this was only a warm up. In less than a month there is a bigger beast waiting for me. I’m not going to conquer it. I’m going to the mountains, I’m giving my heart to them and hoping they will give back.